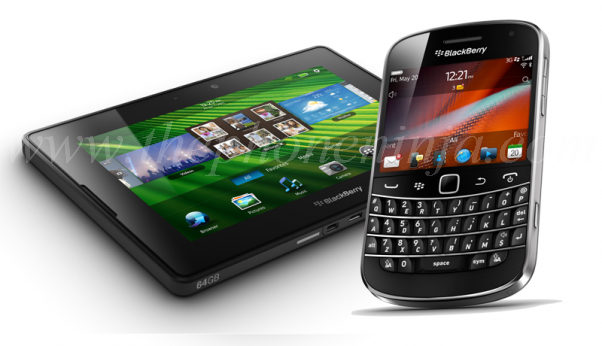 According to a new report, RIM may be planning to split its handset and messaging divisions up. This rumor originated from U.K. newspaper The Sunday Times. The publication claims that RIM is considering breaking off its device business into a separate company or straight up selling it, with both Amazon and Facebook named as possible buyers. As for the messaging side of things, RIM could decide to open its platform up to competitors like Apple and Google to help raise some income. It's also said that another option for RIM could be to keep the company together but to sell a stake of it to a larger firm, like Microsoft.
This certainly isn't the first time that we've heard that a big change for RIM may be in the works, and there's even been rumors claiming that the company may open up BlackBerry Messenger to iOS and Android, although that's something that we recently heard won't be happening. We do know that the BlackBerry-manufacturer has hired JP Morgan and RBC Capital Markets to help explore its strategic options, but so far RIM hasn't shed any light on what it may end up doing. I'm sure that RIM is weighing all of its options, though, and it'll be interesting to see what route it ends up taking. What do you all think RIM should do? Should it sell off its handset business or open up BBM to other platforms? Or should it just keep doing what it's been doing?
Posted by "The Phone Ninja" at 1:43 PM