Newton Email App Is Back 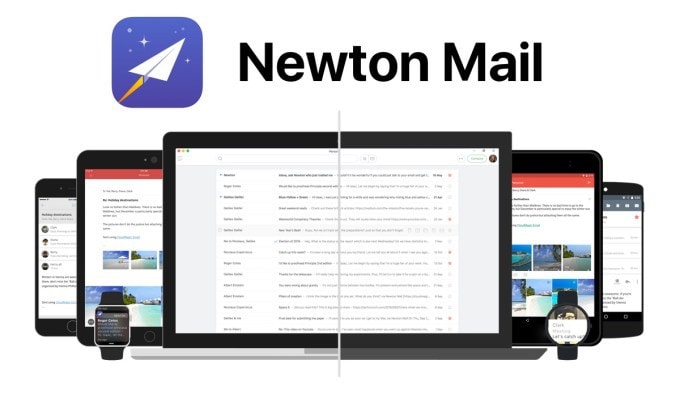 Newton is an email app for iOS, Android and desktop computers that has been around for a long time, gaining a large fan base over the years for its forward thinking features, going through many ups and downs as of recently, namely two shutdowns in two years. Media outlets have called it the better mail alternative to the Gmail app, and it has been downloaded on Google Play over a million times.
The new owners of Newton, Justin Mitchell and Maitrik Kataria have shared their plans for the future of the mail app, consisting of the following six steps:
You can download the Newton Android app, and Apple's App Store below at the source link.
Source: Google Play Store, Apple iOS App Store
Posted by "The Phone Ninja" at 4:59 PM


Simply the manner in which I have anticipated. Your site truly is intriguing.
hrdf training course


I'm cheerful I found this blog! Every now and then, understudies need to psychologically the keys of beneficial artistic articles forming. Your information about this great post can turn into a reason for such individuals.
PMP Certification

I need to communicate my deference of your composing aptitude and capacity to make perusers read from the earliest starting point as far as possible. I might want to peruse more up to date presents and on share my musings with you.
data analytics course

"Thank you very much for your information.
From,
"data scientist courses in gurgaon

Thank you for excellent article.You made an article that is interesting.
data science course in gurgaon

Thank you for excellent article.You made an article that is interesting.
data science course in gurgaon

This post is very simple to read and appreciate without leaving any details out. Great work!
data scientist course in yelahanka

This post is very simple to read and appreciate without leaving any details out. Great work!
data science course in aurangabad

I have been searching to find a comfort or effective procedure to complete this process and I think this is the most suitable way to do it effectively.
cyber security course in malaysia