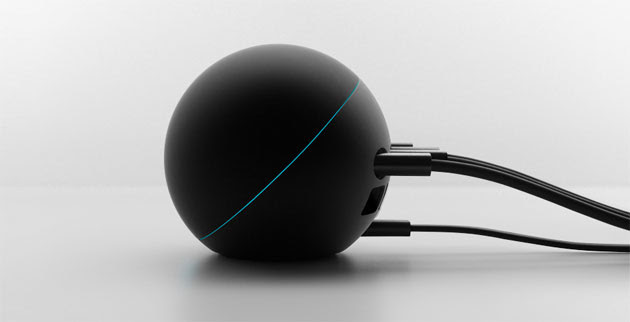 The Nexus Q, which has been on ice since Google halted sales of the made-in-the-USA media orb shortly after its Google I/O unveiling, has run its course. Today, the Q’s status in the Google Play store changed from “not for sale at this time” to “no longer available for sale,” spelling an all-but-certain end for the device.
The cancellation shouldn't come as a surprise. Most assumed Google at the very least would overhaul the design, find ways to make it cheaper and then relaunch the Q at a later date. Either that or develop some sort of Nexus TV to replace it. While both of those scenarios could still play out, neither will do so as the Nexus Q we came to know only for a short period of time.
The Nexus Q was announced in June of 2012 and soon went up for pre-order before Google pulled the device, leaving its legacy in the hands of those developers attending the conference. All present were given the Q, and will likely remain the only members of the public to receive the device.