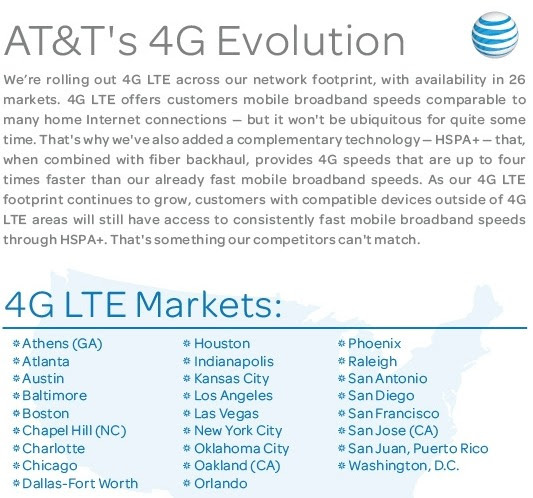 AT&T continues the rollout of their LTE network, expanding to 26 markets and flipping the switch in several key cities. New York City, San Francisco, and Los Angeles top the list of 11 new markets, which also includes Oakland, San Jose, Phoenix, San Diego, Raleigh, and Austin. For many, the news has been long awaited. AT&T says it plans to reach 100 percent of its customer base with LTE by the end of 2013. In the meantime, they boast the speeds offered by their placeholder HSPA+ network.
Posted by "The Phone Ninja" at 12:26 PM