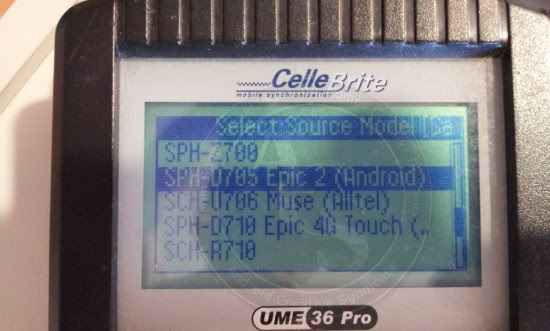 Apparently, the Samsung SPH-D705 — otherwise known as the Epic 4G 2 — has popped up in the Cellebrite system indicating the device could be launching sometime in the very near future. Before you get mixed up, keep in mind we’re talking about the sequel to the OG Samsung EPIC 4G that was launched on Sprint and Verizon.
Originally, the device was rumored to hit Sprint sometime during Q3 of 2011, but that came and went without neither hide nor hair of the Epic 4G 2. It further received its WiFi certification but still — nothing. We’re still not even sure if the device will actually arrive on Sprint. Once the Epic 4G Touch arrived on the scene, it’s very possible Sprint passed up on the Epic 4G 2 in favor of the more attractive slate form factor. Besides, how confused do you think it would make customers with the “ Samsung Galaxy S II Epic 4G 2″ and “Samsung Galaxy S II Epic 4G Touch” both on the same network?
Posted by "The Phone Ninja" at 4:10 PM