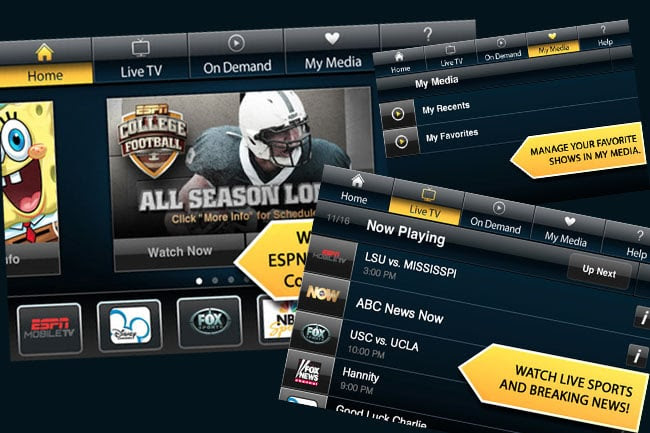 Upon the arrival of picking up Apple’s “magical” device, many of these individuals also got their first taste of Apple’s sterile ecosystem. As welcomed as a near-vanilla operating system free of bloatware may sound to some, there’s a select group of people that are missing Sprint’s pre-installed application suite.
Among the few beloved in-house apps was Sprint TV, which is now available for the iPhone. This free application allows users to view select live and on-demand programming from such partners as  ABC, CBS, NBC, ESPN, The Disney Channel, MTV and Comedy Central. If Sprint TV’s free programming isn’t enough to meet your mobile entertainment needs, you can purchase additional premium programming, with packages ranging from $4.99 – $9.99 per month.
Posted by "The Phone Ninja" at 10:43 AM