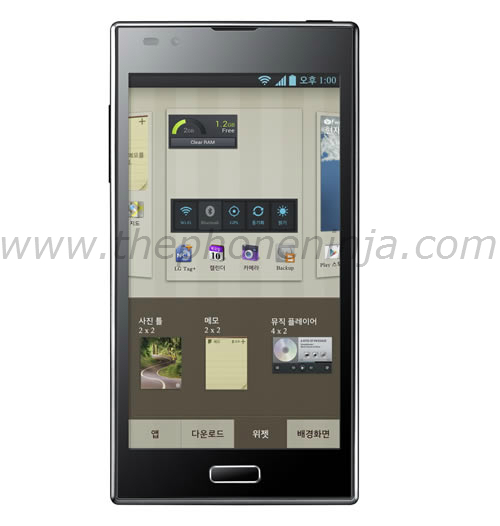 Today LG revealed the Optimus LTE2 which is the first smartphone to feature 2GB of RAM, double that of most high-end phones. LG obsesses with Samsung, the same way that Samsung obsesses with Apple, so it’s no surprise the Korean handset maker quietly announced a new smartphone in responses to Samsung’s Unpacked event.
Highlights of the Optimus LTE2 include a 4.7 inch True HD IPS display, dual-core 1.5 GHz Snapdragon S4 processor, 2 GB RAM, 2150 mAh battery, and support for LTE networks in Korea. The device is expected to go on sale in mid-May.
We don’t expect this exact model will ever come to the US, but it provides a good idea of where the high-end smartphones are headed. By the end of 2012, most flagship products will have quad-core processors, 2 GB RAM, and 2,000+ mAh batteries.
Posted by "The Phone Ninja" at 3:35 PM