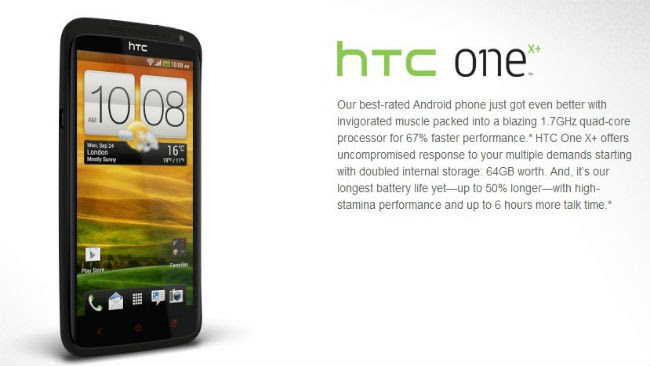 AT&T has announced their latest carrier exclusive devices from HTC. Ma Bell will carry the HTC One VX, complete with 4.5″ display, 5 megapixel camera and a more budget-friendly price point, as well as the recently announced HTC One X+. The One X+ is naturally themore interesting device here, and will be the first HTC One phone to launch with a quad-core processor and LTE support. The One X+ will come with a massive 64GB of on-board storage as well as Android 4.1 Jelly Bean, 1.7 GHz quad-core Tegra 3 processor, Beats Audio, and HTC’s impressive 8 megapixel camera with ImageSense.
The exclusive tag on the AT&T One X+ means that T-Mobile likely won’t be seeing the One X+ soon as originally expected. Pricing and availability were lacking from AT&T’s release, though we expect to see the devices hit AT&T ahead of the holiday season. The international version of the One X+ will hit retailers later this month, and we expect the same late October/early November availability for the AT&T model.
Posted by "The Phone Ninja" at 10:56 AM