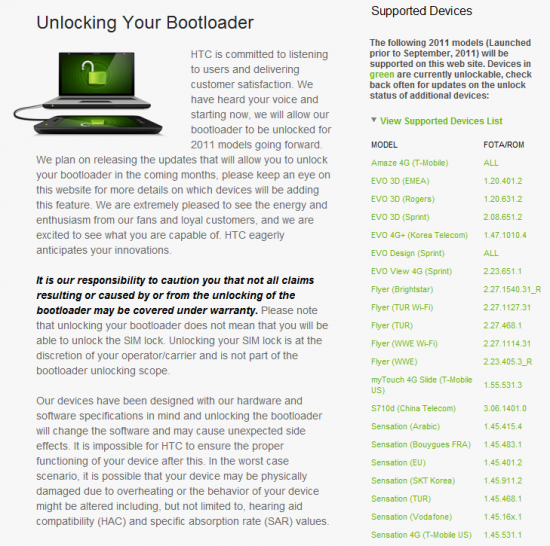 Two new HTC devices have found themselves a part of the official bootloader unlocked family of devices by way of HTC’s developer site, HTCDev.com. The Evo View 4G (Sprint’s version of the Flyer) along with the T-Mobile MyTouch Slide 4G were the newest additions to the list. The Evo View 4G more specifically, has been making its way around the internet as the center of more than a few “fire sales” offering the device at a deeply discounted price.
If you’re unfamiliar with the term, having an unlocked bootloader means you can generally tinker around a little more with the software of your device, adding things like root access and/or installing custom ROMs. While, HTC provides the unlocking for specific devices, not everything will be covered under warranty, should something go awry. Of course, there are always the unofficial methods of unlocking a device but it’s nice to see HTC putting in the effort.
Posted by "The Phone Ninja" at 8:58 AM