Samsung Evaluating Getting Android 4.0 on the Galaxy S and Galaxy Tab 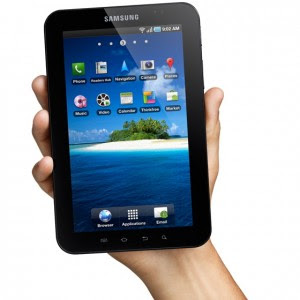 The folks at Samsung first denied original Galaxy Tab and Galaxy S users a taste of Ice Cream Sandwich and, as you might imagine, it created quite the uproar. It couldn’t be a hardware performance issue due to the Nexus S getting Ice Cream Sandwich with near identical performance hardware. No, it was a space issue and you can probably guess the biggest culprit – TouchWiz.
Thankfully, there’s still a chance (albeit not a very favorable one) that the devices will still be able to get Ice Cream Sandwich. Samsung heard the complaints from users of their 2010 flagship devices and have gone back to say that they will continue to find solutions for getting Android 4.0 up on these devices.
Debloating or completely eliminating TouchWiz would be ideal for users, of course, but Samsung likely won’t or can’t do that. They have to commit to providing the same experience with 4.0 that they did out of the box.
Of course, they could go the HTC route and allow carriers to defer users to the market for specific TouchWiz apps. Fingers crossed.
Posted by "The Phone Ninja" at 8:55 AM