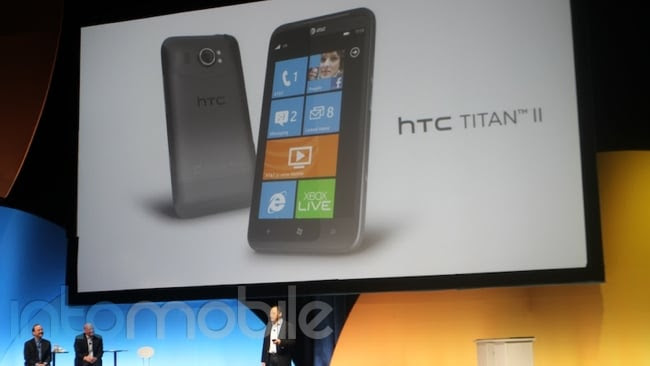 AT&T invited Steve Ballmer onto the stage to talk about AT&T and its upcoming lineup of LTE Windows Phone handsets. These phones will be the first LTE handsets to land in the US and include the high-end HTC Titan II. Other  phones include the Nokia Ace and the rumored Samsung Mendel.
The Titan II is the next version of the Titan, one of the first handsets to launch with Windows Phone Mango. The Titan II will have a 4.7-inch WVGA display, 1.5 GHZ Snapdragon processor, 4G LTE support, 1.3-megapixel front-facing camera, 16-megapixel, wide-angle front-facing camera with 720P HD recording.
Posted by "The Phone Ninja" at 2:31 PM