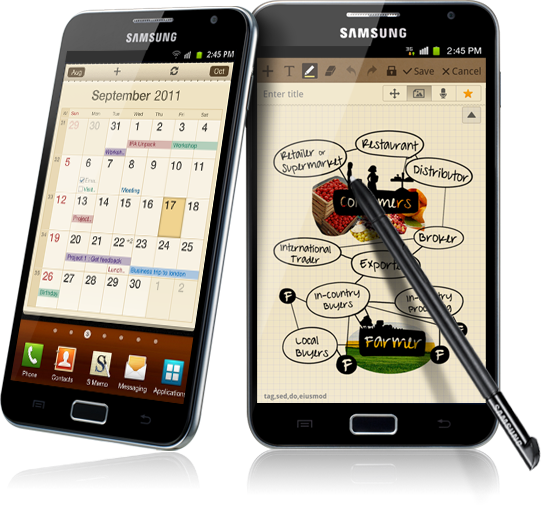 Though the Samsung Galaxy Nexus is still absent from Sprint’s rich roster of smartphones, it appears that another Samsung giant may be on the way. A proven source close to SprintFeed states that the Samsung Galaxy Note is set to make its way to the Now Network. They were not able provide release specifics, but suspect that CES might be the platform used to announce the Note’s U.S. arrival.

The Sprint variant of the Galaxy Note is said to carry similar specs to its cousin from across the pond. It remains unsure if this device will sport an ill fated WiMAX connection, but LTE is pretty much out of the question. No matter what the Note’s connection turns out to be, the question is, would you buy a 5.3-inch phone/tablet hybrid? For those of you that are somehow unfamiliar with what the Samsung Galaxy Note is, we’ve tacked on a brief promo video for your viewing pleasure.
Posted by "The Phone Ninja" at 12:16 AM