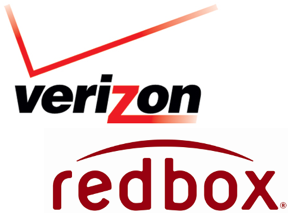 Verizon is reportedly in talks with Redbox to team up and compete with Netflix by offering streaming video content to a variety of devices and set top boxes. The new service, code named Project Zoetrope, will be an internet only service and be available for devices running iOS, Android, Google TV, Xbox and other streaming boxes and browsers. Apparently, it’s still being worked out with content providers and will follow the typical blackout and release timings for new movies and television to keep execs happy.

According to TechCrunch, you can expect a launch on May 28th with a beta starting sometime in late April. Pricing structure is a little bit out of the norm with monthly credits along the lines of $6 for 6 credits to rent a movie costing 1 credit. Seeing how Rebox also offers physical disc rentals at their kiosks around the country, there will also be various pricing tiers offering physical rentals as well. We’ll keep you updated as we learn more.
Posted by "The Phone Ninja" at 10:46 AM