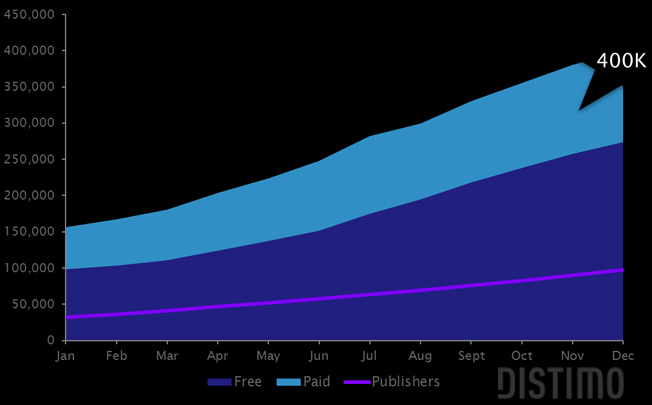 Google’s Android Market reportedly reached a new milestone over New Year’s weekend, surpassing 400,000 available applications for the first time. Mobile app watcher Distimo on Tuesday reported the feat, which it says was accomplished in about the same amount of time that it took Apple’s App Store — both on-device software catalogs reportedly took approximately 40 months to pass the 400,000-app mark. Distimo notes that the pace at which the Android Market is growing has accelerated recently; the Market took 31 months to reach 200,000 apps, but it needed only four more months to reach 300,000 apps and another five months to pass 400,000 available apps. The report also states that developers are embracing the Android platform more quickly than ever before as well, and Google now has more than 100,000 publishers with an average of 4.1 apps each in the Market. Comparatively, Apple’s App Store is currently home to more than 530,000 apps according to third-party monitor AppShopper.
Posted by "The Phone Ninja" at 9:34 AM