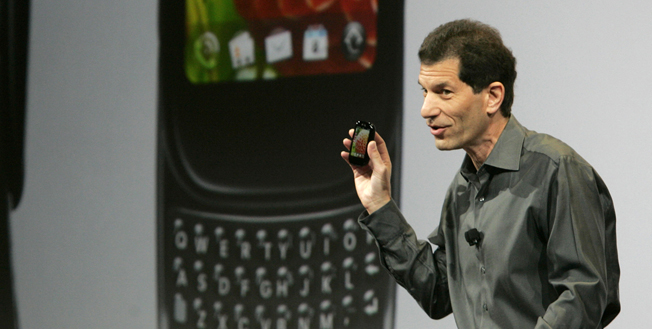 Jon Rubinstein, the former CEO of Palm, has left HP. AllThingsD broke the news Friday afternoon, noting that Rubinstein had served his promised 12-24 month tenure with the company before leaving. “Jon has fulfilled his commitment and we wish him well,” HP spokeswoman Mylene Mangalindan told AllThingsD. Rubinstein led the team responsible for the original iPod and left Apple in 2006 to eventually join Palm as CEO in 2009. While at Palm, Rubinstein was responsible for, among other projects, the development of the Palm Pre and Palm’s webOS mobile operating system, both of which were transferred to HP in 2010 When it acquired Palm for $1.2 billion. HP has since open-sourced the mobile operating system after failing to gain traction with its Pre, Pixi, Veer and TouchPad products.
Posted by "The Phone Ninja" at 11:21 AM