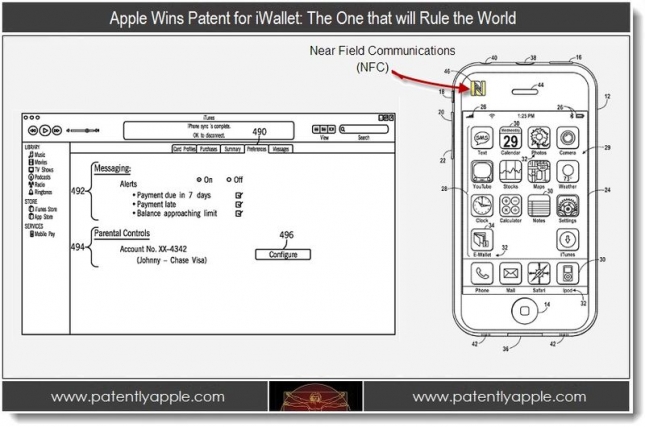 Apple on Tuesday was granted a significant patent by the United States Trademark & Patent Office, Patently Apple reported. The technology, which is supported by 23 Patent Claims, allows credit card companies to send statements directly to a user’s iTunes account for purchases made using an NFC-enabled iPhone. Account holders will also be able to allow a secondary account holder, such as a child, to make purchases on the same card while allowing the primary account holder to control spending and implement various limits.
Posted by "The Phone Ninja" at 7:15 PM