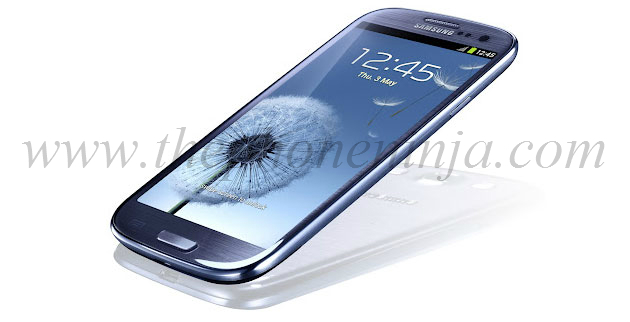 Samsung has finally taken the wraps off of the Galaxy S III, the company’s third-generation Galaxy flagship and a device that has managed to muster iPhone-levels of pre-launch hype. Revealed today in London, UK, the Samsung Galaxy S III is unmistakably a Galaxy-family phone, but brings a new, 4.8-inch 720p HD Super AMOLED display, 1.4GHz quad-core processor and – perhaps more importantly – several software modifications to improve the user-experience.
Many of the rumored specifications have turned out to be outlandishly fabricated, but that doesn’t mean the Galaxy S III is behind in terms of raw abilities. It measures in at 136.6 x 70.6 x 8.6mm and 133g, with a plastic polycarbonate shell with a “hyperglaze” coating. Up front is a 4.8-inch 720 x 1280 306ppi HD Super AMOLED display, topped by a front-facing 1.9-megapixel camera (capable of 720p HD video recording) and with a physical home button flanked by capacitive menu and back keys underneath. On the back is an 8-megapixel 1080p HD capable camera with autofocus and an LED flash, alongside a speaker.
Inside, Samsung’s Exynos 4 Quad 1.4GHz quad-core takes center stage, at least in the European model the company is demonstrating today. It will be paired with HSPA+ 21Mbps, though certain markets will get an LTE version that may use a different processor. All will have 1GB of RAM, and Samsung will offer 16GB, 32GB or 64GB of internal storage and a microSD slot (compatible with up to 64GB cards).
There’s also WiFi with support for WiFi Direct and channel-bonding and Bluetooth 4.0, as well as the usual array of sensors: accelerometer, digital compass, proximity, gyroscope and a barometer. The microUSB port also supports MHL-HDMI for 1080p HD output, and there’s a multi-colored notification LED. The battery is a 2,100 mAh Li-Ion unit, and Samsung will offer an optional wireless charging kit.
“Inspired by nature, designed for humans” is how Samsung describes the Galaxy S III, and the customized software is what the company is hoping will deliver on that. TouchWiz makes a reappearance, here with four nature-themed UIs, and there’s features like S Beam which builds on Android Beam in Ice Cream Sandwich by pairing NFC with WiFi Direct. For smaller files, NFC’s up to 400Kbps of bandwidth is used, but for larger multimedia or documents, the NFC pairing then hands over to a WiFi Direct link for up to 300Mbps.
Samsung has taken on Apple’s Siri, too, with its S-Voice system, which allows you to unlock the phone with a customizable verbal command, and then instruct it to load apps, set calendar appointments, do searches or other tasks simply by speaking at the phone. “What’s the weather for today?”, “I want to take a picture” and “Cheese!” are all supported. If you’re listening to music, you can tell S-Voice to skip, go back, play and pause, with the Galaxy S III automatically spotting your commands in among the music.
Smart Stay, meanwhile, uses the front-facing camera for face detection, keeping the display backlight on whenever you’re looking at the phone. That means no needing to periodically tap it if you’re a slow reader, and the display automatically turns off to save power when you look away. Pick up the phone and it gently vibrates if there are missed alerts, showing the new notifications on-screen automatically.
Samsung’s research tells it that the camera is of key interest to buyers, and so extra work has been put into the Galaxy S III’s camera app. There’s now Best Shot and Best Photo, with up to 20 rapid-fire images at up to 6fps and, optionally, with the Galaxy S III flagging up which it believes is the best of the end-result based on whether people have their eyes closed or are smiling, what the brightness and blur is like, and more. Like on HTC’s One Series, there’s now a button to take a photo while video is recording, and the Galaxy S III pairs face-detection with a double-tap to automatically zoom in on peoples’ faces in the frame.
Once photos are captured, Buddy Photo Share automatically matches faces in the image to those saved to your Contacts, and allows owners to instantly share the shot with them. There’s also Social Tag, which floats Google+ contact info over recognized individuals, and then offers a link to their Facebook page or contact info in your phone. Facial-recognition is also used in Face Slideshow, which pulls out individual portrait photos from group shots, and Group Tag automatically sorts shots into your contacts groupings depending on who is spotted in the frame.
Samsung’s AllShare technology has been boosted, with AllShare Cast making for easy DLNA sharing of the on-screen image onto a big-screen TV, and AllShare Play allowing Galaxy S III owners to remotely access multimedia and files on remote devices, such as their PC at work or home. If you’re more interested in consuming content all on the phone itself, there’s Pop-up Play, a sort of picture-in-picture mode for the phone, which floats a playing video in a draggable thumbnail over any other app.

Samsung will preload Dropbox, with 50GB of free storage for two years to each Galaxy S III buyer, and the new smartphone will be the first to get the new Android version of Flipboard. Like the existing iPhone app, it pulls in news, Twitter and other content with an easily-navigable interface; it’ll temporarily be an exclusive to the Galaxy S III.
Posted by "The Phone Ninja" at 2:39 PM