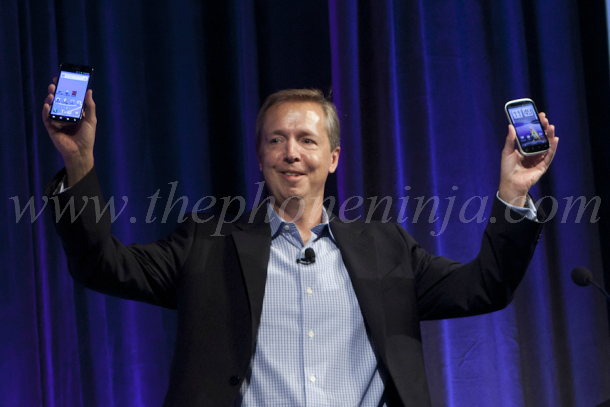 Maybe he's finished running with the underdog, or maybe he's just done with the corporate gig altogether, but one thing is certain: as of May 25th, Cole Brodman will mark his exit from T-Mobile. For the past two years, Mr. Brodman has served as the carrier's chief marketing officer, and his departure concludes 17 years with the company. During his tenure, Cole Brodman railed against the subsidized handset game, helped drive the adoption of smartphones and sadly crushed our dreams for the potential of a Magenta-branded iPhone. He must also claim at least partial responsibility for the carrier's net loss of customers in 2011, with a total of 802,000 subscribers jumping ship in Q4 alone.
One thing is certain of Mr. Brodman's exit, however: he seems content with the decision. Likening the move to a retirement, he remarked, "It's an opportunity to step away, get a break and start to think about how I want to do something next." Andrew Sherrard will replace Cole Brodman as T-Mobile's interim chief marketing officer while the company searches for a permanent replacement. So long, Mr. Brodman, and thanks for the smartphones.
Posted by "The Phone Ninja" at 12:01 PM