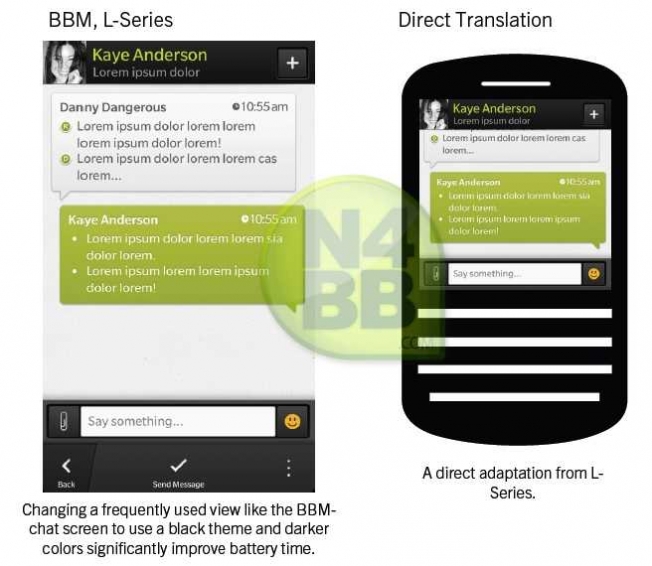 Purported images of Research In Motion’s next-generation BlackBerry Messenger application have been leaked online. N4BB, which has been on a roll lately with BlackBerry 10 scoops, has obtained some images showing what RIM’s BBM app will look like on the new BlackBerry 10 operating system. Among other things, N4BB notes that the new BBM will feature a darker theme and colors that will save battery life on BlackBerry 10 devices by an estimated 25%, while “optimization to take advantage of the OLED screen… could decrease upwards of 75% battery consumption.” The website on Monday revealed images of the first two BlackBerry 10 devices as well, showing one with just a touchscreen and one with a physical QWERTY keyboard.
Posted by "The Phone Ninja" at 11:34 AM