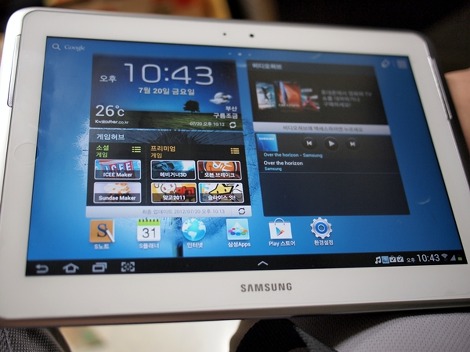 Samsung's Galaxy Note 10.1 has seen a steady stream of leaks and design tweaks, and now it appears to have landed in the hands of one new owner. The Brave Post claims to have gotten its hands on the white version of the device, and has an array of unboxing photographs to go along with it. While we've already seen many of the Galaxy Note 10.1's specs a 1.4GHz quad-core processor, 5MP rear-facing camera, HSPA+ support, and a slot for its S Pen  several items stand out here. Namely, the device is listed as having 2GB of RAM versus the 1GB we'd previously seen, and the tablet is also said to be able to act as a companion to your phone  serving as a speakerphone and allowing users to send and receive messages with it as well. It's not clear just what technology fuels the latter feature, but we saw something similar with the TouchPad's use of the Bluetooth Message Access Profile (MAP), which allowed owners to send and receive SMS messages directly from HP's tablet. 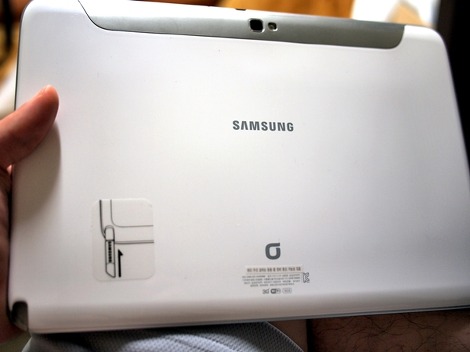 What we don't get with the information is a firm release date. However, with information flowing steadily now and Samsung hosting a Galaxy-related event on August 15th we imagine the Note 10.1 is finally about to start making its way to store shelves. 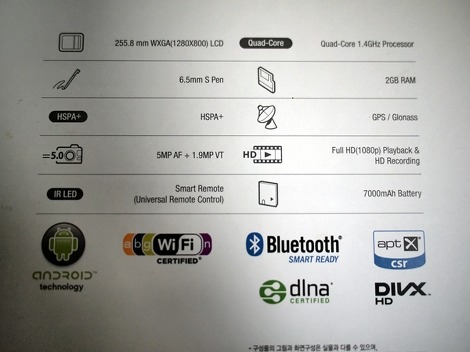