Motorola X Phone Said To Be Headed For All Carriers 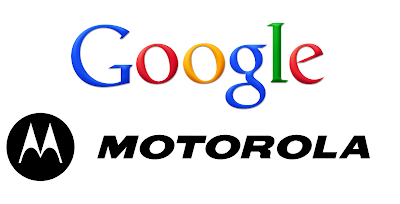 We haven’t heard much about the Motorola X Phone other than it was supposed to be a high-end beast of a phone with Google’s heavy influence injected. It wasn't necessarily said to be a Nexus phone, though early details would have anyone believing that’s exactly what it could become. Well, a new set of rumors have popped up.
According to information posted by a supposed trusted member of the community, which independent sources of Droid-Life’s seem to corroborate, the Motorola X Phone will be announced at Google I/O this may and all carriers will sell the device. An early July release date is said to be targeted, but things could obviously change between now and then.
The device won’t be marketed as a part of the Nexus line, and that unfortunately means Google won’t be guaranteeing updates straight from Mountain View as opposed to carrier-delivered upgrades. We imagine folks would still get timely upgrades for the most part, but as we learned with the Galaxy Nexus debacle nothing is promised.
The rumors state you will have to pay Verizon $15 per month if you buy the device and get it unlocked through them, but if you buy it through the Play Store you’ll get it unlocked with no fee to speak of. Staying on the topic of Verizon, it’s assumed their version will cost $300. It sounds like carriers can price the device according to their own tastes so it might not be the same for the likes of Sprint, AT&T and T-Mobile.
Carriers will be permitted to install bloatware on the X Phone, but users can choose to remove any of it after they unlock the phone. This is an action that typically requires root so we’re glad to hear that we probably won’t need to wait for the community to enable us with that functionality.
As excited as you might get reading this, keep in mind that these rumors although mouth-watering in some aspects and delivered by seemingly trustworthy messengers are still to be treated as if they’re completely unsubstantiated. We don’t want people getting their hopes up only to be crushed in the event that none of this solidifies, so take it with a grain of salt and treat it as little more than a wishlist until we can gather up some more evidence.
Source:Phandroid
Posted by "The Phone Ninja" at 11:27 AM