The leak images come from AFTVnews and Evleaks, who has a particularly good record of leaking upcoming products. Codenamed Knight, it is expected later this month and will be the company’s flagship Alexa device.

The device has a slant that angles upwards so that the assumed 7 inch touchscreen will be visible when looking down from above. From the leaked image the interface shows the time in the top left corner with calendar events beneath. The backdrop is of clouds assuming users will be able to customize wallpapers.

Below the display there is a pretty large speaker grill. Similar to the recently announced Echo Look, there also appears to be a camera above the display in the center. 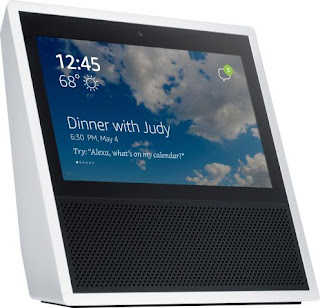 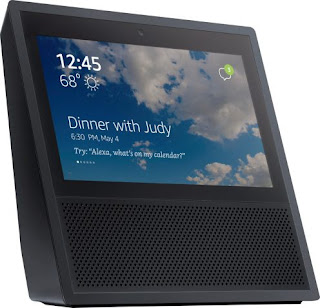