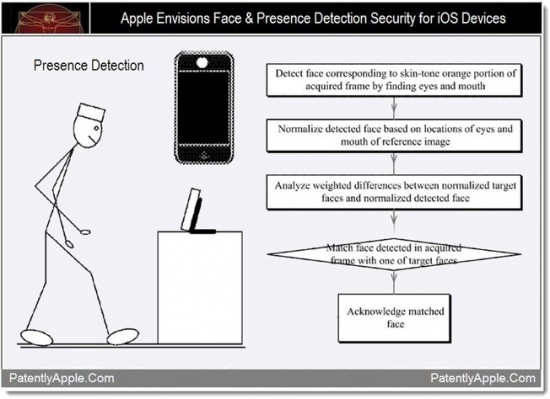 I don’t want to anyone to dismiss this post as simple Apple bashing troll post but this is getting a bit ridiculous. Apple has recently applied to the USPTO for yet another patent on a technology not only currently in use today — but a main feature in Android 4.0; Face Unlock. Apple’s application describes the patent as a brand new technology that allows a user to unlock a device by using the features of their face. It’s not so much that I hate Apple and there’s no question Android is their single largest competitor (something the late Steve Jobs was hellbent on destroying). But when they’re blatantly applying for patents on key features found in Android, you really have to wonder if their intentions are simply to defend their own “innovations” — or simply steal the ideas of others and use them for ammunition in future lawsuits. Now, this doesn’t mean Apple will actually be awarded with this patent or that they will integrate into iOS but you have to wonder… where exactly Google is in all of this and why we don’t have websites dedicated specifically to their patent applications.
Posted by "The Phone Ninja" at 2:23 PM