CyanogenModApps.com Is NOT Affiliated With CyanogenMod 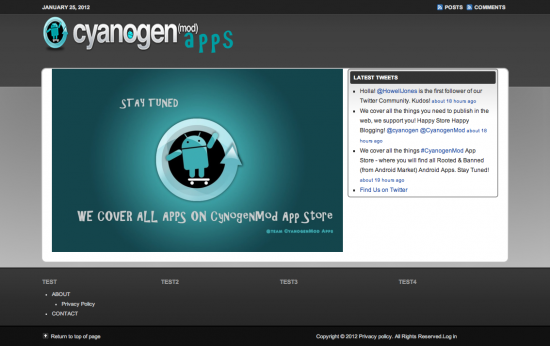 A few stories regarding CyanogenMod member, Koush’s, idea to start a CM app store for rooted apps has already brought about a website from a would-be-opportunist, trying to cash in on the idea. CyanogenModApps.com has just opened up for business highlighting “all things CyanogenMod app store” and according to one CM member via their Google+ profile, “is in no way related to or endorsed by CyanogenMod.”
The site, still very much in its infant stages, is more of a placeholder than anything. While we’re not saying it’s totally bogus or that anyone should stay away from it, we just didn’t want anyone — especially our readers — to get the wrong idea.
Posted by "The Phone Ninja" at 10:24 AM