Google Drive To Be Released First Week Of April 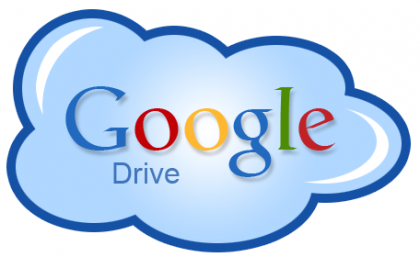 After many false alarms, Google's cloud storage service has been coming for multiple years. The latest rumors came almost two months ago, when we found that a Dropbox-like service would be offered by the search giant. But today's unofficial news is a bit more exciting, as it states that "Google Drive," as it's being called, will be released "sometime during the first week of April."
This comes from GigaOM, a renowned tech news site, and they claim that the sources giving them this info are "well-placed and familiar with Google's plans."  As it goes with many new rumors, this one comes with a bit of extra details about the service. 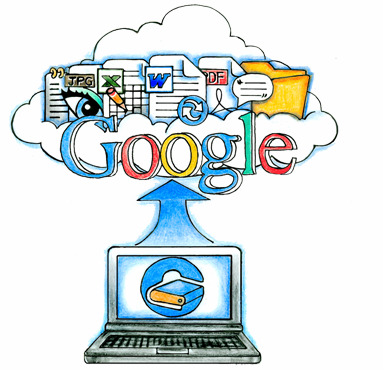 The sources affirm that Google will be offering 1 GB of free storage, and charge for extra storage space. This comes as a surprise, since Google usually offers its services for free, or at least very affordable compared to the competition. But in this case, Dropbox would have the advantage by offering 2 GB for free. Not to mention Box's and Amazon Cloud Drive's free 5 GB.
None of this is set in stone just yet, as it is still a rumor. Prices for extra storage are still unknown, and that is where Google might have the advantage. Extra GBs could be more affordable than the competition, so it'll be interesting to see where they go with that.
In addition, it is mentioned that this service will launch for Google Apps customers, and will look much like Google Docs in regards to the interface. The search giant has also developed an API for developers to be able to make use of Google Drive.
The odds of this rumor coming to life are unknown, as they usually are. But we know Google must be getting ready for it, so we'll keep our eyes peeled. One of our readers even found a hidden "Add to my Drive" button within the Gmail coding.
This means that the service could be coming very soon. Maybe even early next month, as this rumor states. As always, take it with a healthy amount of salt until we get some more news. For now, the best idea is to stay tuned and hope to see this come to life soon, and with better offerings.

The guys from Talk Android have received a nice leaked image of what seems to be the PC client for Google Drive. The website's sources claim the same, but they state that the date of release has been changed to "the week of April 16th." But what makes this screen shot special is that it goes against GigaOM's claims that users will get 1 GB of free storage.
This image (along with the sources) confirms that users will get 2 GB of free storage, instead. This sounds much more enticing, but as mentioned above, it still does not beat the competition. 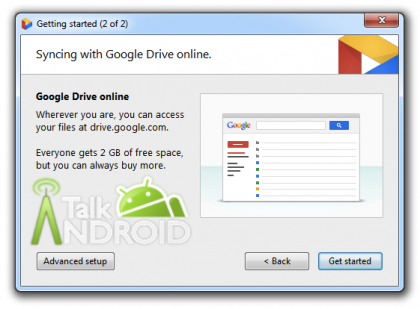